New images of the companions in Bound By Flame!

We\'re now just one week away from May 9 and the release of Bound by Flame, the new RPG developed by Spiders studio for PlayStation®4, PlayStation®3, Xbox 360® and PC. Meanwhile 5 new screenshots will provide more glimpses of what\'s in store.
Last week we presented the hero in Bound by Flame and described his customization options, so today we\'re meeting the various companions who will accompany you throughout the adventure, and even to the very gates of hell!
Companions are real assets in combat and will prove crucial in the more advanced difficulty modes. Consider carefully who you want to fight alongside you, and combine their skills and your own abilities to achieve a flawless combat synergy, but remember to bear the nature of enemies you are confronting in mind! Each companion fulfils a specific role and has talents and attributes that are unique to them.
Sybil, the young mage, provides excellent long-distance back-up and uses a special skill that enables her to heal you during combat. Randval the warrior excels at hand-to-hand combat and will divert the attention of your opponents, leaving you free to attack safely and to cast your devastating fire spells! Rhelmar the elf is an expert in ranged combat and will rain arrows down on your enemies while you charge into the heat of the melee. The witch, Edwen, has mastered certain hitherto unknown dark and mystical arts. She is able to devastate adversaries at long range with powerful magic spells, and can temporarily take control of an enemy\'s mind and turn it against their allies. Last, but not least, Mathras is no ordinary undead... more ancient than the Ice Lords themselves, Mathras has perfected the art of swordsmanship and melee combat over the last several thousand years. Like Edwen, he can also reverse the allegiance of an opponent for a short period using his willpower alone!
Your companions also play an important part in the story, as they all have their own reasons for fighting at your side and may be driven by honor, vengeance or mere curiosity. You will gradually develop friendships, rivalries and even romances with them along the way, and your actions and decisions will influence your relationship with each one, so make sure you don\'t upset your best friend!
Bound by Flame will be available on PlayStation®4, PlayStation®3, Xbox 360® and PC on May 9 2014.
- Download the screenshots
- Download the press kit
- Watch the video
- Visit the official website
Back Back 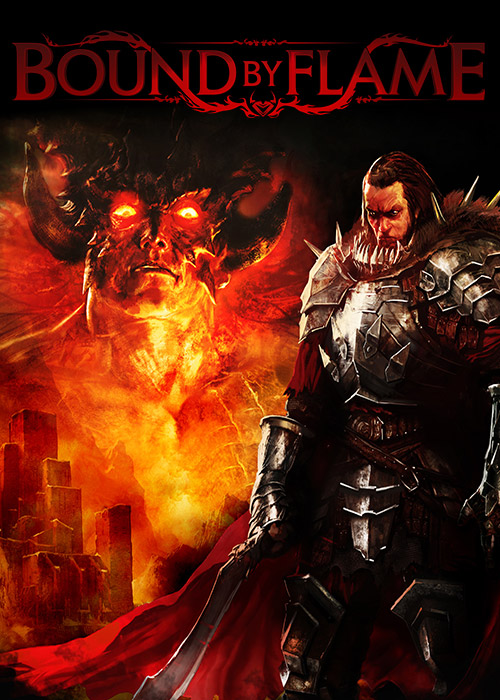