Mars War Logs, the sci-fi cyberpunk RPG from Spiders Studios is now blasting off on PlayStation®Network while the game remains among the top-sellers of the Xbox LIVE® Arcade!
PlayStation 3 owners can now on take on the role of Roy Temperance, an adventurer with many talents, stuck in a battle pitting the most powerful corporations of Mars against each other in a struggle for the planet\'s most precious resource: water.
Players progress through numerous quests, advancing and developing their character and combat style. They may choose their specializations from a variety of skills, powers, and talents. Coping with the dynamic real time combat on Mars requires quick wits and cunning tactics as ruthless adversaries and terrifying creatures from the depths of the planet await at every turn. The crafting system enables players to create, modify, and specialize their equipment to stay one step ahead of their enemies. Your behavior, choices, and decisions will influence the fate of all who cross your path...and maybe the destiny of the Martian colonies.
Mars War Logs is now available on Xbox LIVE® Arcade, PC download and PlayStation®Network.
- Download the press kit (57.1 MB)
- Watch the video
- Visit the official website
Back Back 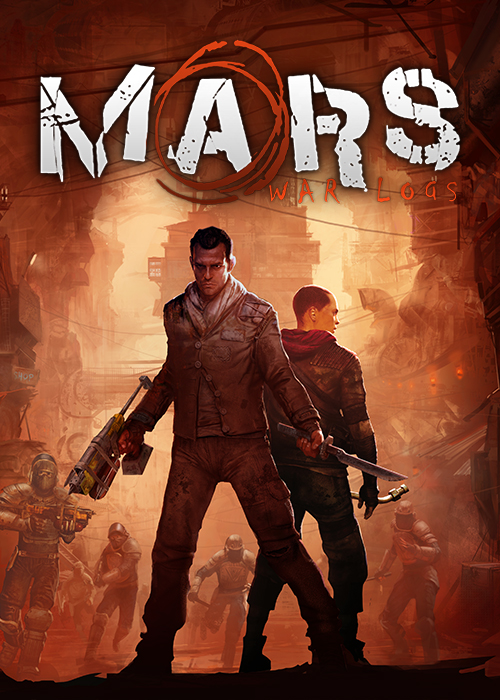