Blood Bowl, the PC video game adaptation of Games Workshop\'s mythical board game, today unveiled three new screenshots of its ultimate edition to be released in September: the Chaos Edition!
As an ultra-violent team sport inspired by the universe of Warhammer, Blood Bowl lets players recruit a team of Orcs, Elves, Humans, Vampires, Ogres, Dwarves, and many other fantasy creatures who will throw themselves into the bloodiest of all arenas. Tactics, cold-blood, and unfair play are required in this strategic and violent game!
More than half a million players have already been seduced by the deadly matches of Blood Bowl on PC. Many of them challenge each other online every day to climb the global rankings while the World Cup is in full swing and enters its final rounds. Today, we have the pleasure to officially announce the upcoming release of the game\'s latest edition that will surely spell many frightening, sleepless nights!
In Blood Bowl: Chaos Edition, 3 new races are making their triumphant arrival on the field, making a total of 23 playable races! The malevolent and much-anticipated Chaos Dwarves finally make their entrance, while the outcasts of the Underworld teams surface for the first time to participate in the tournament! This is just the beginning of a new season full of touchdowns and blood, as Blood Bowl also welcomes, for the very first time in history, the Daemons of Khorne, hailing all the way from the Chaos realms! The new stadium, recently erected by Amazons and Lizardmen in the very heart of their tropical jungle, is more than ready to welcome all the new teams seeking to win the Blood Bowl!
Today\'s three screenshots give the first glimpse of this new stadium as well as the three new races.
World Championship mode expands even further the solo experience of Blood Bowl. From national qualifying games to continental cups to the final tournament, the competition just got bloodier! The online mode will of course be available with its intense matches, vicious private leagues, and global rankings! Get ready for another round of high fantasy football as Blood Bowl: Chaos Edition races for the touchdown!
- Download the images (6.31MB)
- Download the press kit (6.83MB)
- Visit the official website
Back Back 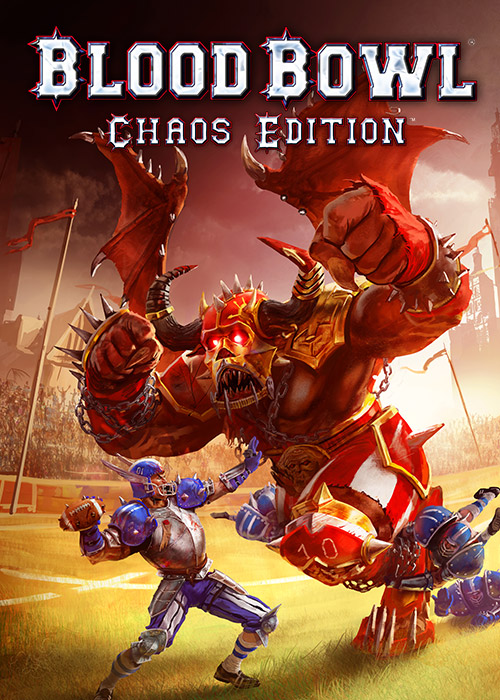