Larian Studios' multi-award winning RPG comes to PS4 and Xbox One from October 27 (28th for PSN Europe), with a host of pre-order offers from participating retailers.
Everyone who pre-orders the game from participating retailers on Xbox One or PS4 will receive the Last Trick Bag, offering a host of new cosmetic items, and the White Dragon wand - one of the new weapons for one of two new combat styles in Enhanced Edition - which comes with the Ice Wall Skill.

Grumio himself writes to you to explain just how these bags came to be in the world of Rivellon:

'To Whom It May Concern (preferably an imp),
I, Grumio, son of Gromio, have made new strides in the fields of fashion, engineering and Things-That-Go-BOOM! Colours are hidden in my jars, but they do more than dye: they DESTRUCT when used for purposes more entertaining than vogue and vagary! Just combine them with empty grenades and you'll soon see for yourself... The design of wands too -them nifty wizards' tools- I have improved to great and unique effects. Little do those one-trick-pony magicians know how an impalytical mind like mine outshines them O so brightly! A specially crafted sprocket is all one needs to add powerful attributes to inert wands. What fun, what jolly mischief the results!
So rejoice, dear reader, for you have learned some of the secrets of Grumio! '

This DLC will also be made available for purchase after the game's release.

Additionally to this DLC, and as a special thank-you to those who have supported the Divinity series all these years, platform-specific DLC will be offered to all players, even after launch.

PlayStation 4 players will have access to the Secret Trick Bag, full contents include:

Xbox One players will have access to the Forgotten Trick Bag, full contents include:

Venture into the vibrant and volatile world of Rivellon from this October 27, on PlayStation 4 and Xbox One.

Discover the pre-order offer
Back Back 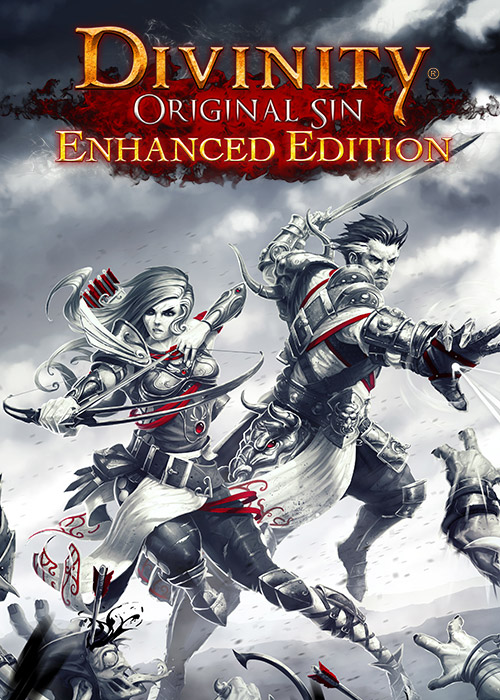