SnowRunner, the Next Generation Off-Road Experience from Saber Interactive and Focus Home Interactive, releases worldwide on April 28 on PlayStation 4, Xbox One, and PC via the Epic Games Store. Ahead of release the new Overview Trailer shows off everything you need to know about SnowRunner’s mountain of content, from trucks to missions to environments and much more. Watch it now!

SnowRunnerputs you behind the wheel of a huge roster of 40 customizable off-road vehicles from manufacturers like Chevrolet, Caterpillar, Freightliner and more in some of the world’s most untamed, unforgiving environments. There are three new regions with 11 sandbox maps to explore, with more than three times the square mileage of the original MudRunner. These interconnected maps mean missions can connect between them, sending you on epic adventures as you drive to conquer the wilderness – alone or with up to three friends.

Master extreme hazards like snowbanks, ice, rivers and mud — each with their own unique challenges and physics — to get your mission completed as efficiently as possible. Huge variety of mission types await, and you can take on the elements alone or with friends online in fully synchronous four-player co-op multiplayer! Plus, with mod support on day one on PC, expand and enrich your experience from the great community thanks to a new partnership with Mod.io.

SnowRunner launches April 28 on PlayStation 4, Xbox One, and PC via the Epic Games Store. A Season Pass is available as part of the Premium Edition, featuring new vehicles, maps, activities and much more over several massive constant drops in the months following release. Pre-orders and their exclusive bonus are available via the official store .
Back Back 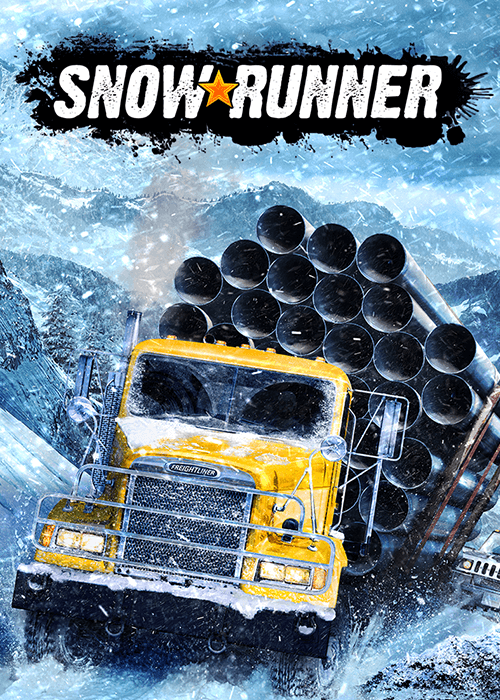