Action-RPG Shiness, from indie studio Enigami, will be available for download on PlayStation 4, Xbox One and PC on 18 April 2017 as revealed in today’s Music Trailer. The game’s universe was born over 20 years ago from the pen strokes of Samir Rebib, Artistic Director of the studio. Composed of passionate people, independent studio Enigami went through a successful Kickstarter campaign, allowing the project to grow and gain momentum until it was accompanied by Focus Home Interactive.

In today’s Music Trailer, we invite you discovering the magical lands and characters of the Lightning Kingdom, accompanied by an entrancing, original soundtrack composed by Enigami co-founder Hazem Hawash. This gives you a first taste of the tracks that will accompany you along your journey.

The indie studio has pumped all its energy and passion into Shiness, and in less than a month a child's dream finally becomes an indie-RPG with a bold personality… and enchanting music!

Shiness: The Lightning Kingdom will be available for download on PlayStation 4, Xbox One and PC on 18 April 2017.

Pre-orders for PC are open on Steam, and include the Official Shiness Manga, the Original Soundtrack and 15% off the game's price. 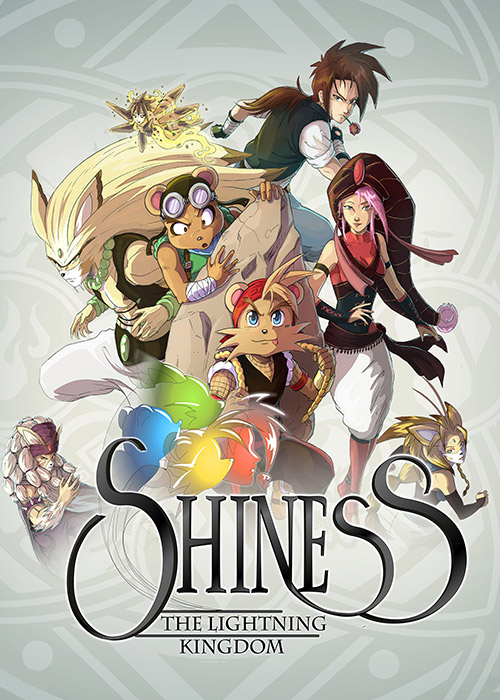